Waiting to Share Special Moments With Her Forever Family

Bright Eyes Searching for Their Family

A World Created by Love

The Road to Fatherhood

Cecil Stokes had a good life.

He founded Tentmakers Entertainment in 1999, is an executive producer, writer, producer, director and has worked on over 500 cable television shows. Winner of multiple awards for his television programming, he has also directed and produced commercial spots for well-known corporations. Cecil’s most acclaimed works are his films A Man Named Pearl and the Christian hit October Baby.

But Cecil still had one unfulfilled dream. Though he had traversed 13 countries and 46 states, walked the red carpet, and lived what felt like a magical life, Cecil wanted to be a dad.

“I’ve always known I wanted to adopt,” he says. “For the last 20 years, God has sprinkled reminders to me that I would one day be a father. Even though I found myself a single guy in my early 40s with no wife and no kids, I still never lost faith in God’s promise.”

In 2014, Cecil listened as a 14-year-old boy spoke about his own adoption at church. For the next four weeks, every Sunday, he felt God was showing him it was time. In January 2015, Cecil started a class to get his license to be a foster parent, the step required before he could adopt. That August, he received a mass email from his social worker requesting emergency placement for an 8-year-old boy.

“When I read his story, something in me just jumped up to fight for him,” he says. “I told my social worker I wanted him, but when I applied to be his dad, I was rejected.”

Boone’s last two placements before Cecil were single men, and both adoption plans had failed. The boy’s social workers didn’t want to see that happen a third time.

Still, Cecil kept trying, asking his social worker if he could write a letter pleading his case. Though she had never heard of that being done before, the social worker allowed it and Cecil sent the letter via email, explaining his plans for this child’s future. Boone’s profile had mentioned how much he liked sharks, so Cecil ended the letter by saying, “I already have your shark sheets waiting.”

Social Services approved Cecil’s request after an interview and his son arrived at his home two days later. Cecil will never forget that moment. As they walked in the door, the social worker told them: “You two have something in common. You both think you’re the best huggers in the world.”

“We laughed and I asked if I could give him a hug,” Cecil remembers. The boy said yes, and Cecil hugged him tight and swung him around the room. When he finally put him down, Boone looked up. “You win,” he told Cecil. “Nobody’s ever hugged me like that before.”

Boone later told Cecil that he knew at that moment that he finally had a dad.

It was a long journey. Boone had languished for four years and experienced 11 placements that had only lasted three or four months each. And the sad reality is that every month a child spends in foster care lessens their chance of being adopted.

Equally challenging is the need to place children into foster homes so quickly. If there was more time to find the best fit, rather than emergency placement, perhaps there could be less trauma.

By no means is fostering easy. Some days are beautiful. Some days are brutal. And sometimes it feels like both happen at the same time. Cecil and Boone have coined the word brutiful to describe it. It’s an up and down scenario and you have to be committed even when you don’t “feel” it. Cecil stresses how unwavering a foster parent must be, not allowing any circumstance or behavior to alter your love for the child.

“I have learned more about my Heavenly Father’s love for me since adopting at the age of 42 than all the years before,” Cecil says. “I am closer to God now more than ever because of foster care and adoption. Adopting Boone is the best decision I have ever made.”

Boone, now 13 years old, has blossomed with structure, consistency and unconditional love. Cecil and Boone continue to foster and provide respite care in their home state of North Carolina. Whenever they get a call to provide respite care, they step up, no matter what plans they may have to cancel. “Daddy, we have to help the kids,” Boone tells Cecil. “He’s never allowed me to say no to a temporary placement, because he knows where they’ve been.”

Cecil is blessed by these kids, too. “The strength, resiliency and hope that foster children have when they enter a strangers home amazes me,” he says.

Father and son now travel the country as “Boone and Me” to tell their story. They have a heart for the over 100,000 children legally free for adoption and now campaign for others to step forward and become the forever families children deserve.

Waiting to Share Special Moments With Her Forever Family

Bright Eyes Searching for Their Family

A World Created by Love 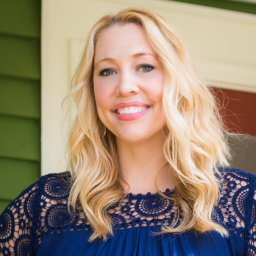